France attempts to regulate eSports at a national level 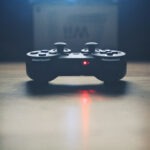 France is currently in the process of regulating eSports at national level. Arnaut Kint and Sébastien Ledure, founding partners of Cresta, a boutique law firm dedicated to sports, provide an overview of this French initiative

It is stating the obvious when considering eSports, competitive live video gaming, has entered into a new era. Originating from local area network (LAN) parties organized by a couple of hardcore gamers in the late 1990s, eSports has now become a booming industry. In 2014, eSports had over 200 million spectators and over 30 million participants in tournaments worldwide . In 2015, direct revenues generated by eSports are valued at over $600 million (61% in Asia, 23% in North America and 12% in Europe) . ESports’ worldwide industry is growing each year by 30% , and its global revenue is expected to reach $1 billion by 2019 .

In most countries where eSports is popular, this fast expansion has not yet been backed by a dedicated legal framework, resulting in legal insecurity that urgently requires clarification. Regulating eSports is difficult due to the plethora of stakeholders and nuanced business models involved . Nonetheless, regulating eSports is needed in order to ensure fair competition, avoid fraud and protect professional players.

France is currently in the process of regulating eSports at national level. In the light of France’s Digital Bill, currently at its final stage before parliament, a parliamentary commission (the “French eSports Commission”) has been established in order to, on the one hand, assess the economic and social stakes of eSports and, on the other hand, propose a legal and regulatory framework for eSports in France . The intermediary report submitted by the French eSports Commission identifies eSports’ current legal needs and proposes potential solutions. Beyond the sole French national level, it seems appropriate to consider the matter more in-depth as it might offer guidelines to many other countries where eSports’ legal framework is both missing and needed.

A. Securing organization of competitions

In France eSports competitions are facing legal threats that could obstruct their development: assimilation to lottery, participation of minor players and risk of broadcasting of clandestine advertisement.

According to French law, lotteries of any kind are prohibited . Every game presenting the 4 following cumulative characteristics is considered a lottery: (i) public offer, (ii) hope of a gain, (iii) financial contribution from players and (iv) presence of an element of hazard.

Do eSports tournaments meet these characteristics? Every video game has the presence of an element of hazard, even games based on players’ skills. Hence, the 4th condition is met, no matter how tiny the element of hazard is. Provided that eSports tournaments (i) are not organized in a strictly private environment (ii) have prize money and (iii) have entry fees, they clearly assimilate to lottery as defined by French law.

Hence, most of the professional eSports competitions organized in France are – at least in theory –prohibited.

The goal of said restriction is to avoid the main risks related to eSports, such as organizers’ disloyalty toward players, gaming addiction, money laundry and online fraud.

2) Participation of minor players to tournaments

Considering that eSports requires a great discipline from the players as well as a strong social link amongst teams and towards competitors during tournaments, it is considered to be safer for minors than video gaming in general with respect to potential risks of mental disorders. There is however a need to protect minors towards the content of the game played and prize money that could be earned.

Therefore, first, the French eSports Commission proposes to impose systematic pre-approval of minor players’ parents on their children’s participation in eSports tournaments. Moreover, parents should receive specific information on the content of the game played during the tournament, based on the standard PEGI age ratings system.

Second, the French eSports Commission proposes to restrict the participation of players between 14 and 16 years old to tournaments with maximum personal prize money under €100. This cap would be raised to €2,000 for players between 16 and 18 years old. In addition, revenues of professional minor players would have to be deposited to the French Caisses des Dépôts et Consignations.

Considering this prohibition, TV broadcasters of eSports events in France are systematically hiding the brands and the logos and avoid mentioning the names of the games that are being played. This is a clear obstacle to the development of a proper media rights strategy for eSports tournaments, as it deters TV broadcasters to invest in an activity where advertisement is prohibited.

For traditional sports, the French independent audiovisual regulator (the “Conseil Supérieur de l’Audiovisuel”) has adopted a permissive policy by authorizing the display of brands and logos on jerseys and around pitches, with some restrictions as e.g. on tobacco and alcohol .

The French eSports Commission therefore proposes to adopt the same policy for eSports by enabling the independent audiovisual regulator to define under which circumstances TV broadcasting of eSports tournaments will not be considered as clandestine advertisement.

Due to the development of eSports and the increase of the amounts invested by sponsors, eSports teams are becoming structured and professional. They incorporate as commercial companies and hire players like traditional sports teams.

In most cases eSports teams are hiring their players as self-employed contractors (and thus not as employees). The agreements concluded between teams and players are therefore not employment contracts but service contracts.

As known, the legal status of employee is deemed to offer a greater social security, protection and stability to the worker. It also imposes important obligations and financial charges to the employer.

One of the essential characteristics of an employment contract is the existence of a hierarchical link between the employer and the employee. In order for eSports teams to reduce the risk to have their contracts with their players requalified as employment contracts, they avoid the stipulation of any hierarchical power over their players in the related service contracts. As a result, the scope of the latter does not include training or participating in eSports tournaments, but is limited to related services such as providing interviews, commenting games or promoting team’s sponsors.

In theory, players are thus participating to trainings and competitions on an independent basis and not as employees of the team.

Notwithstanding obvious considerations to be raised on the legal compliance of such peculiar contract structure, it is needless to say that such situation is unfavorable to players having very little employment stability and weaker social security protection. It is also problematic for teams because they officially cannot implement training schedules and face chaotic player transfers.

Imposing general employment law would however not solve those issues because it does not match with eSports’ specificities regarding i.a. dismissal, international transfers, player replacements and short players’ careers.

The French eSports Commission therefore proposes to apply the rules on professional sportsmen to eSports players and thus to allow the conclusion of specific sportsmen employment contracts between teams and players.

Such solution would obviously provide more legal security to teams and players and would also be an important step for eSports toward recognition as a real sport.

The reasons for eSports to have governing bodies and dedicated regulations, both at national and international level, are numerous and similar to any traditional sport: protecting players’ rights, defining common standards and best practices, structuring and securing international transfers, defining the role of agents, ensuring fair competition, fighting doping and fraud, etc.

However, contrary to traditional sports, the spontaneous appearance, without any State support or supervision, of an eSports federation based on amateur players and clubs seems unlikely. In many countries eSports is indeed not yet officially recognized as a sport, blocking access to any State support or subsidies. Moreover, amateur eSports is extremely fragmented, which impedes any federative initiative.

Nonetheless, there have been various attempts to regulate eSports at different levels.

Main video game developers are themselves partially regulating their eSports games. Competition organizers must obtain the game developers’ authorization to organize tournaments using their games and must comply with specific regulations for each game. This regulating initiative is however partial, because it concerns only the biggest game developers. Moreover, even if some of those regulations have some similarities, they are specific to each game and therefore not universal.

At the international level, the World eSports Association (“WESA”) has recently been established by Electronic Sports League (“ESL” – a major eSports competition organizer) and some eSports teams. However, the WESA immediately raised criticisms, mainly due to its structure whereby several teams, currently active in eSports, are founding members. As these team could shape the rules of and have a financial interest in the competitions they compete in themselves, concerns regarding the independency and impartiality of the WESA are being raised.

Initiatives have also been taken in some countries in order to regulate eSports at national level. In South Korea, where eSports is extremely popular, the Korean e-sport association (“Kespa”) gathers the best teams and players. Kespa is member of the Korean Olympic Committee and is officially recognized as a sports federation by the Korean ministry of sports and education. Kespa is involved in negotiations regarding eSports and organizes national championships together with the main game developers. In Sweden, several eSports associations have been created by amateur players and clubs and have received State support, including subsidies.

The French eSports Commission’s intermediary report constitutes a significant step in the process of regulating and recognizing eSports in France, which can be used as a guidance for other countries that lack yet need a legal and regulatory framework for eSports.

Indeed, the application of the rules on specific sportsmen employment contracts to professional eSports players and the creation of eSports commissions within National Olympic Committees would improve the players’ position.

Nevertheless, we deem that the actors in the eSports industry which are currently in the most precarious position, being the professional players, require further protection than provided for in the report. Some aspects that are highly important to professional players in traditional sports remain inexistent or underdeveloped in the eSports industry.

The lack of a true player representation, e.g. through an international representative body, is reflected in an unbalanced allocation of the global revenues of the eSports industry. It cannot be ignored that professional eSports players at present do not exploit, let alone optimize, their economic potential (e.g. image rights, merchandising, collective bargaining agreements).

The same goes for the absence of a transparent transfer system respecting the players’ fundamental rights and of a proper dispute resolution system meeting the standards of independency and impartiality.

In the end the whole eSports industry will benefit from the development of the legal and regulatory framework for professional players, as this will enhance the chance that the most talented players would effectively opt for a career as a professional eSports player.